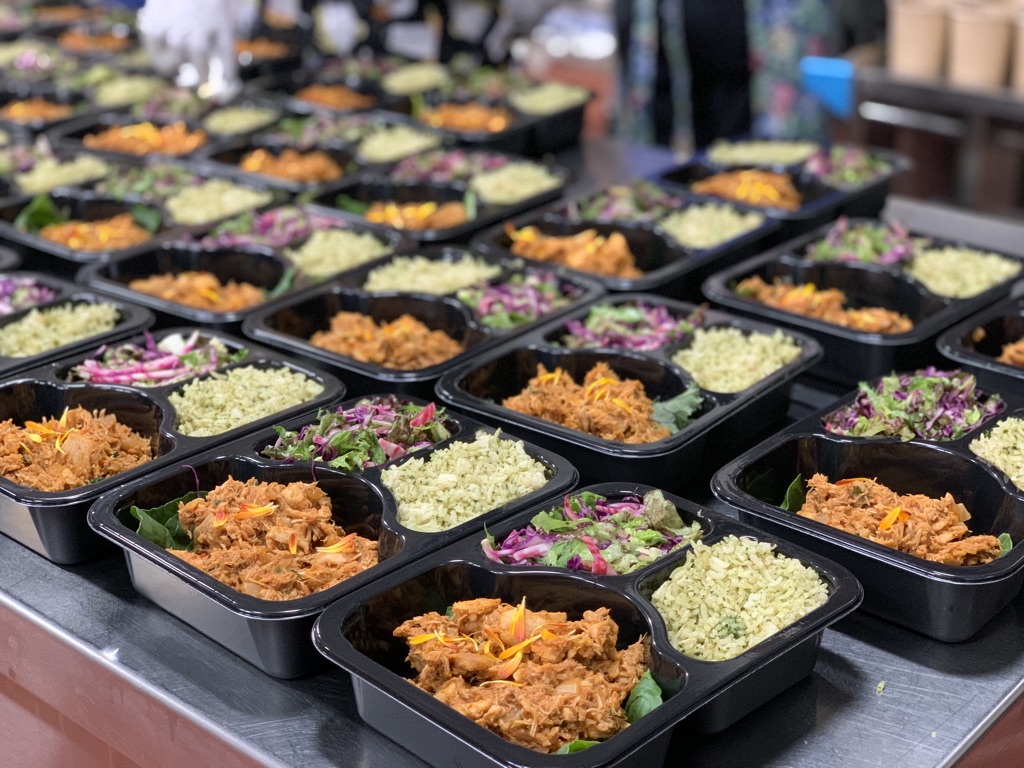 The first element of Nourish the Need features a 4-tiered monthly donation opportunity to support the Culinary Angels program, which is focused on preparing and delivering free nutrient-rich meals twice monthly to those with severe health challenges in the Tri-Valley region. Approximately 95% of the organization’s recipients are actively undergoing treatment for cancer.

“While Culinary Angels is reliant on the thousands of volunteer hours donated by those working in the kitchen and delivering meals, we also have monetary costs that include culinary equipment, food, and compostable packaging.  Nourish the Need donations will help to offset some of these costs at a time when the need is growing and more critical than ever,” noted Culinary Angels Founder and Executive Director Lisa McNaney.

Supporter contributions can be applied in the following ways:

Those interested in donating are encouraged to visit http://www.culinaryangels.org/donate. Culinary Angels accepts donations through credit card, PayPal, or by check.

Also on tap for the Nourish the Need campaign this fall is a Harvest Chef Cook-Off between Chef Matt Greco from Salt Craft restaurant in Pleasanton and Culinary Angels Chef Claudia, and a series of virtual cooking classes conducted by Chef Claudia. More details on both events will be released soon.

The Healthy Alameda County Reportof 2016 revealed that 6.2% of Pleasanton adults and 6% of Livermore adults 18 years and over has some type of cancer other than skin cancer. Dublin’s cancer data was not included in the report.  Cancer research indicates that roughly one-fifth of all cancers in the United States are linked to excess weight, physical inactivity, poor nutrition, or excessive alcohol consumption. For this reason, Culinary Angels is focused not only on feedingpatients nutritious, organic, anti-oxidant based meals, but also on educatingtheir clients about such foods. All of the recipes used in meals are posted on the Culinary Angels website for clients to share with family and/or caregivers, or to try for themselves.

The meals prepared by Culinary Angels are both delicious and robust and often provide multiple meals for patients. A typical menu could include Black Bean Soup, Chicken Tacos, Simple Crunchy Slaw, Herbed Rice, and Energy Bites for dessert.

Lisa McNaney, herself a cancer survivor and also the mother of a young cancer survivor, founded Culinary Angels in 2016. The organization was awarded non-profit 501(c)3 status in 2019. Culinary Angels works in partnership with the First Presbyterian Church in Livermore, which allows the organization the full use of an industrial kitchen. Both Fertile Groundworks and Sunflower Hill Gardens donate the majority of the produce used in Culinary Angel’s meals, which use only organic and locally cultivated vegetables and fruits.  Maintaining good nutrition during chemotherapy and other cancer and medical treatments is critical to maintain strength, energy, and a healthy body weight. Between 2017 and the present, Culinary Angels prepared and delivered more than 4,000 meals to local residents, and the need is growing as more people are diagnosed and learn of Culinary Angel’s services. Some 45 volunteers assemble two days per week to prep, cook, and package meals, all of which are required to pass a state accredited course on food handling and safety. To learn more about Culinary Angels, please visit www.culinaryangels.org.